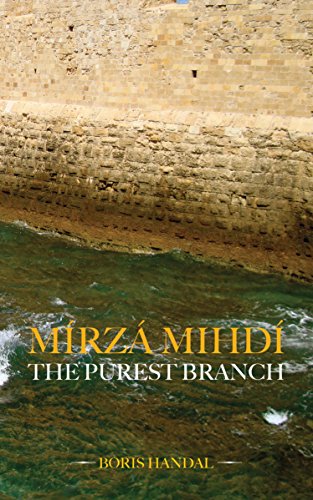 The dramatic story of the beloved son of Bahá'u'lláh, who fell from a skylight in the roof of the prison where he, his family and many other Bahá'ís were imprisoned, and who sacrificed his life that others might attain the presence of the Manifestation of God and, ultimately, bring about the unity of the world.
It is in the nature of the mystery of sacrifice that those who sacrifice themselves are often not aware of the full extent of the spiritual power they are unlocking. And this seems to have been the case with the act of sacrifice that forms the subject matter of Boris Handal's book.
When the son of Bahá'u'lláh, Mírzá Mihdí, the Purest Branch, fell from a skylight in the roof of the prison where he, his family and many Bahá'ís were imprisoned with the Manifestation of God, he was severely injured and likely to die from his injuries. When offered his life by his father, he chose instead to sacrifice it so that the doors of the prison might open and those who longed to see Bahá'u'lláh attain their desire.
In accepting this sacrifice, Bahá'u'lláh prayed for an even greater objective, ‘I have, O my Lord, offered up that which Thou hast given Me, that Thy servants may be quickened, and all that dwell on earth be united.’
Mírzá Mihdí: The Purest Branch recounts the dramatic story of the short life of one whose sacrifice was raised by Bahá'u'lláh to the same station as the great sacrifices of humanity's religious history - Abraham's intended sacrifice of His son, the crucifixion of Christ, the martyrdom of the Imám Husayn - and unleashed the spiritual energies need to achieve the ultimate aim of Bahá'u'lláh's revelation: the spiritual regeneration of the individual and the unity of the people of the world.